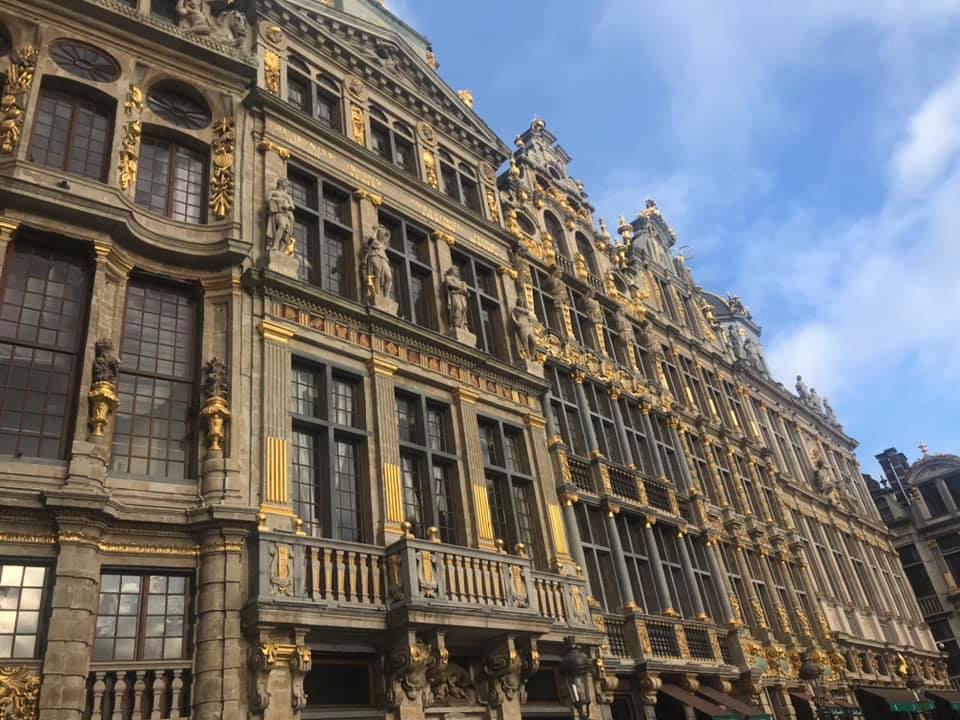 Departing from Ebbsfleet on the 7am service Eurostar arrived in to Brussels mid-morning. It was the first time I travelled from Ebbsfleet and was impressed with the efficiency of the station. It took 1 hour 30 minutes from Woodbridge and parking for the three days was just £18.

On arrival in to Brussels Midi Station we walked the 30 minutes to the Radisson Blu Royal for a 2 night stay where we had immediate access to our room. The hotel is modern and spacious and soon to be renames as Radisson Collection Grand Place.

We pre-booked a 24 hour hop on hop off sightseeing tour which we boarded from central station. First was hopped off at the Atomium and paid to enter the structure to see the various exhibitions then to the Brussels Design Museum just opposite.

The hop on hop off is a great way to see the city. Taking in all the main sights we stopped at the Royal Palaces, European Quarter and the Grand Place where we also had to see Mannekin Pis. 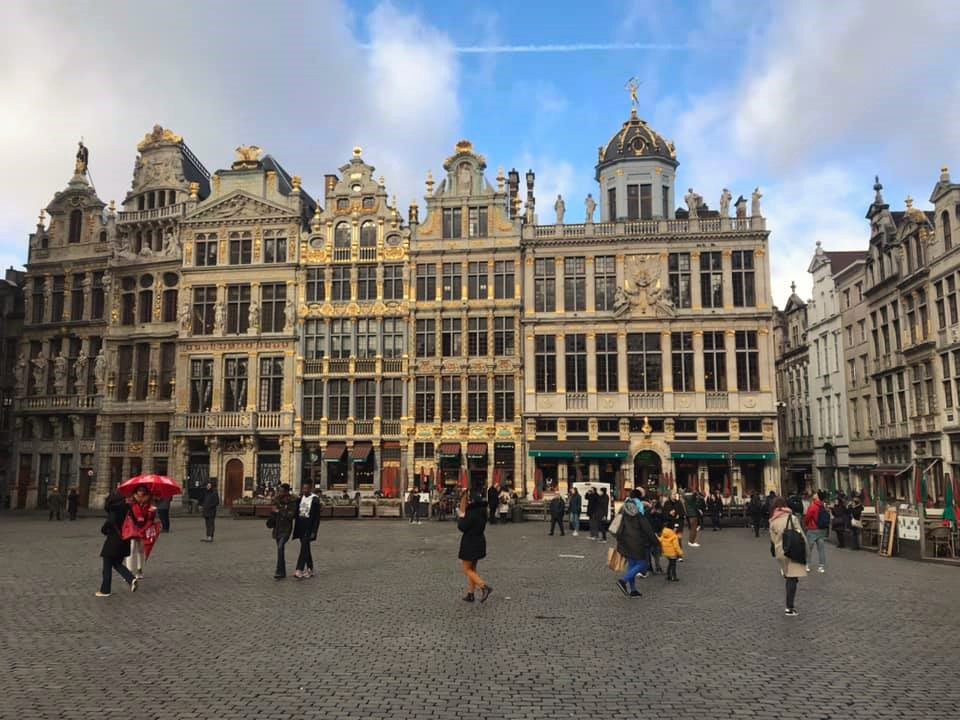 Grand Place is the central hub of Brussels with its opulent blend of gothic baroque buildings illuminated after dark and with a laser show to classic music every evening at 10pm. Lots of high end restaurants are situated in Grand Place but of you want to people watch without spending so much you also have a Starbucks…

Art and culture is abundant in Brussels with the largest concentration of Art Nuevo in Europe, over 100 museums plus expansive green spaces.

The tram network is one of the largest in the world and many of the older trams are exported to the USA with some being used in San Francisco. 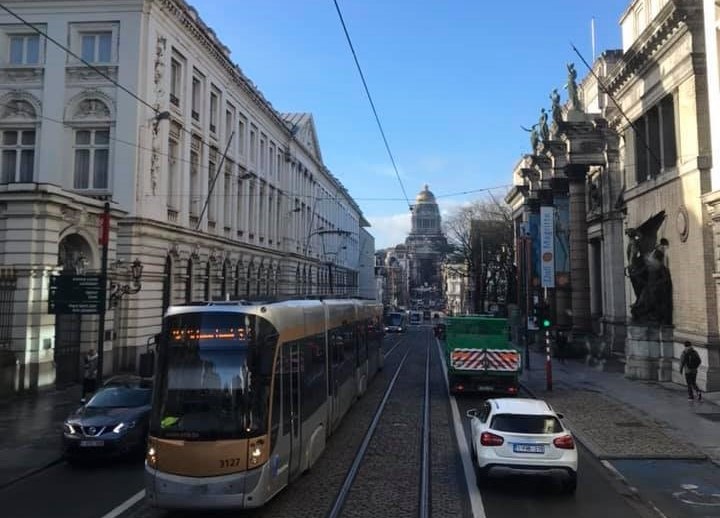 Whilst in Brussels we also sampled the Choco history museum and participated in a chocolate making masterclass, we snacked at the famous waffle house and spent at little time exploring Avenue Louise and the many designer outlets.

Just 30 minutes from Brussels you arrive in Bruges. Canals, cobbles streets, medieval buildings is really is an amazing city and worth of a night or two. We experiences a canal trip, more chocolate and spent hours looking at the fascinating buildings and town squares. 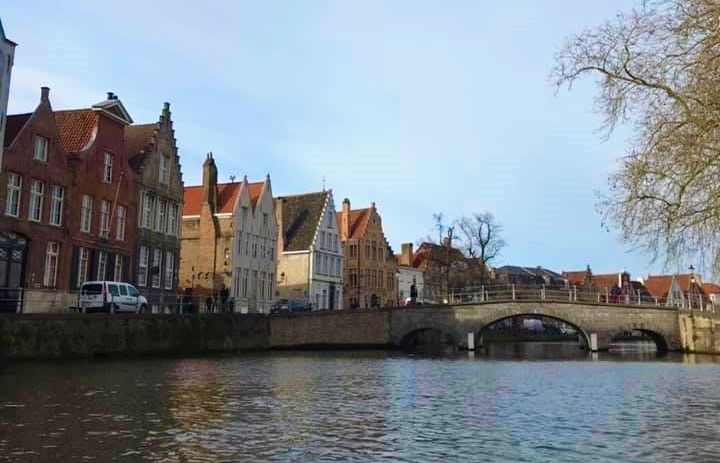 Overall although only 2 nights a great experience of which I would certainly recommend.

Consider booking 1 night in Bruges and 2 nights in Brussels. Take the train to Ghent for the afternoon.

Pre-book the hop on hop off sightseeing tour, a great way to see the city

For the latest travel advice from the Foreign & Commonwealth Office including security and local laws, plus passport and visa information click here.

We use cookies on our website to give you the most relevant experience by remembering your preferences and repeat visits. By clicking “Accept All”, you consent to the use of ALL the cookies. However, you may visit "Cookie Settings" to provide a controlled consent.
Cookie SettingsAccept All
Manage consent

This website uses cookies to improve your experience while you navigate through the website. Out of these, the cookies that are categorized as necessary are stored on your browser as they are essential for the working of basic functionalities of the website. We also use third-party cookies that help us analyze and understand how you use this website. These cookies will be stored in your browser only with your consent. You also have the option to opt-out of these cookies. But opting out of some of these cookies may affect your browsing experience.
Necessary Always Enabled
Necessary cookies are absolutely essential for the website to function properly. These cookies ensure basic functionalities and security features of the website, anonymously.
Functional
Functional cookies help to perform certain functionalities like sharing the content of the website on social media platforms, collect feedbacks, and other third-party features.
Performance
Performance cookies are used to understand and analyze the key performance indexes of the website which helps in delivering a better user experience for the visitors.
Analytics
Analytical cookies are used to understand how visitors interact with the website. These cookies help provide information on metrics the number of visitors, bounce rate, traffic source, etc.
Advertisement
Advertisement cookies are used to provide visitors with relevant ads and marketing campaigns. These cookies track visitors across websites and collect information to provide customized ads.
Others
Other uncategorized cookies are those that are being analyzed and have not been classified into a category as yet.
SAVE & ACCEPT
Powered by